As a subscriber, you are shown 80% less display advertising when reading our articles.

Those ads you do see are predominantly from local businesses promoting local services.

These adverts enable local businesses to get in front of their target audience – the local community.

It is important that we continue to promote these adverts as our local businesses need as much support as possible during these challenging times. 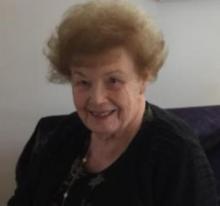 MRS ELIZABETH 'BETTY' JAMES Widow of Mr Ted James, died on 6 December 2020 aged 87. Betty was a lifelong resident in Woolston, having moved into the family home on Gig Lane in 1937. Betty was devoted to her her late husband and following his death in 1997 she continued to live in the family home. Betty did not have any brothers or sisters; however she had many uncles, aunts and cousins and children of her cousins; she loved being a part of their lives and cherished the times she spent with them. Over the years Betty made many friends in Woolston and latterly became a member of the congregation at the Padgate Methodist Church where she would regularly attend services on Sunday and the coffee shop on Wednesday. Betty was appreciative of and found comfort in, the friendships and support she received from her fellow parishioners. A funeral service was held for Betty at Padgate Methodist Church on 23 December 2020, prior to cremation at Walton Lea Crematorium; the Reverend Mark Coles officiated. Lesley and Anthony would like to thank everyone who attended Betty's funeral and for all the kind messages of sympathy they received. Donations will be made to Padgate Methodist Church".

Published in the Warrington Guardian on

Get announcements by email